Giuseppe Viale, MD, FRCPath, graduated from the University of Milan in 1976. He became a specialist in pathology in 1979, and is now full professor of Pathology and Director of the Post-graduate Medical School in Pathology at the University of Milan School of Medicine. He has been director of the Division of Pathology and Laboratory Medicine at the European Institute of Oncology in Milan since 1994 and deputy Scientific Director of the Institute in 2010-14.
A member from 1987, he was elected Fellow of the Royal College of Pathologists (FRCPath) in 1997.
Professor Viale’s scientific interests include the validation of predictive and prognostic markers in breast cancer, the abnormal expression of oncogenes and tumor-suppressor genes in human malignancies, the derangements in cell-cycle control and apoptotic pathways, and the role of angiogenesis in tumor progression.
He is the chairman of the Central Pathology Office of the International Breast Cancer Study Group (IBCSG) and the Pathology Board of the Michelangelo Foundation, and lead pathologist of the Breast International Group (BIG).
He is also an active member of many international societies, organizations, and committees, including the American Joint Committee on Cancer (AJCC) working group for the TNM classification of breast cancer, the ASCO/CAP Committee for Hormone Receptors and HER2 assessment in breast cancer, the Executive and Steering Committees of the OLYMPIA and IMpassion 030 trials (running the Central Pathology Laboratory), the Formalin-Fixed, Paraffin-Embedded Tissue (FFPE) Working Group of the Breast International Group (BIG) and National Cancer Institute (NCI)–sponsored breast cancer Cooperative Groups, and the Early Breast Cancer Trialists’ Collaborative Group Steering Committee. He is also a founding member of the International Sentinel Node Society.
Professor Viale has authored 576 articles in peer-reviewed international journals and 36 chapters in books. 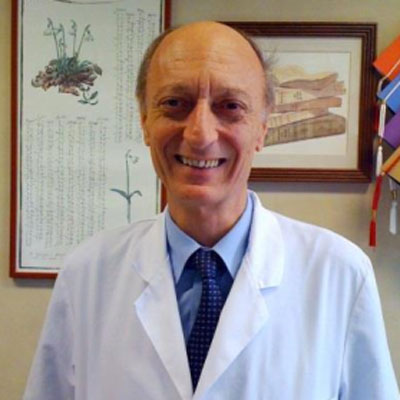